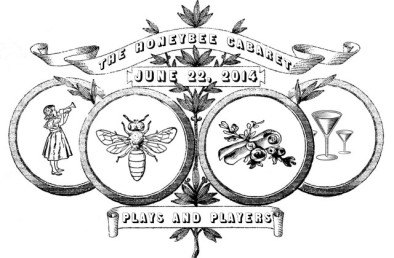 I remember the last time I saw Melissa Lynch. It was November 2010, and she was onstage in Latern Theater’s Uncle Vanya, playing Sonya, a plain-Jane role at odds with her natural good looks – yet Lynch was marvelous. As I said in my City Paper review, she was “sympathetic and lovely,” with “exactly the mix of sadness and radiance” the play needed.   She seemed destined for great things.

Sadly, it was not to be. Just over a month after Vanya closed, Lynch was killed in a car accident, leaving Philadelphia a poorer place, bereft of her talent and life force.

Yet she remains vividly present in the minds of our theater community who loved her. Director Daniel Student recalls Lynch as “a person who defied her type. She made people look twice at her. She was a beautiful woman, but she could play anything – she would lose herself in the character. Her work recognized and honored the capability of Philadelphia theater artists – women in particular.”

The night Melissa died, many of her friends and colleagues gathered at Plays & Players. Among the participants was Madi Distefano, who a few years before had written a play called Sweetie Pie that had been produced by Azuka Theatre at Plays & Players, starring both her and Lynch.

The group paying tribute to Melissa that night was determined also to give her a more concrete legacy – one that would benefit and celebrate the Philadelphia theater world she loved. Together, they worked Lynch’s family – and the Melissa Lynch Foundation, with it’s annual Honey Bee Cabaret, was born. (“Melissa” is Greek for honey bee.) 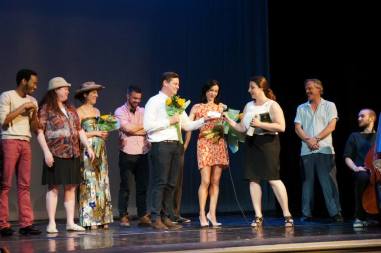 On Sunday, June 22nd, this year’s Cabaret will honor Melissa’s memory, and the grand history of Plays & Players. The program, as Student explains, features “scenes, monologues and songs from the 103 year history of Plays & Players, as well as a sneak peak of what’s coming next season.”   It’s quite a variety, with material ranging from musical theater (The Fantasticks, Camelot) to Tennessee Williams’ darkly comic Sweet Bird of Youth, which first graced the Plays & Players stage 50 years ago. (The range seems especially suitable given the protean nature of Lynch’s own work.) The evening will also include the announcement that a new award, created by her family, will recognize the work of an emerging Philadelphia female theater artist.

Tickets can be bought for all or part of the evening. The top price, $60, is an “all access pass” to events on stage as well as a theater tour, after party, etc. At the lower end, $10 will let you join the gang at Quig’s pub for a social evening with some of Melissa’s many theater friends. “The three prices make it affordable to everybody,” explains Student.

Sounds like just what Melissa would have wanted.
For more information, and to purchase tickets, call the Plays & Players box office at 866-811-4111, or visit the website: http://www.playsandplayers.org/season/honey-bee-cabaret/