The Tara Erraught Affair: Size, Opera, and What Matters 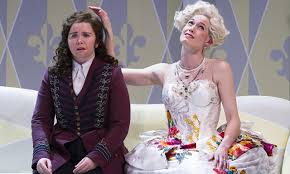 Tarra Erraught (left) and Kate Royal as Octavian and the Marschallin, in Glyndebourne’s Rosenkavalier

If you’re an opera fan (and perhaps even if you’re not), you may be aware of a dust-up that occurred in May, when a new production of Richard Strauss’s Rosenkavalier was premiered at Glyndebourne.  I knew about it, but hadn’t paid much attention until recently, when I caught up with a streamed telecast of the production that allowed me so see it for myself.

Here’s the gist.  Reviews by a handful of prominent critics included negative comments about the physical appearance of the Octavian, who was played by a young Irish mezzo-soprano, Tara Erraught. In particular, Erraught’s weight was mentioned.  (If you want more details, take a look at Anne Midget’s piece for the Washington Post, Of Critics, Weight and Standards, a good, though not objective summary. It’s an editorial, after all.)

Anyway, it’s a story – and an issue – that won’t die.  Since it happened, several prominent singers have voiced support of Erraught – and criticism of the critics.  Rupert Christiansen’s review in the Telegraph is probably the most frequently cited in this discussion, in part because Christiansen has been so unrepentant about his comments.

Now that I’ve seen the Rosenkavalier telecast, I find most of the critical commentary seriously, even shockingly off the mark.  But not necessarily for the obvious reasons.

Let’s start with the weight question.  I see that Erraught is noticeably curvaceous – and so what?

“Trouser roles” involve women playing boys.  It’s a composer’s deliberate choice, and there’s always a reason for it – but it’s not that the audience is supposed to be fooled.   Neither Richard Strauss nor Hugo von Hofmannsthal (Rosenkavalier’s composer and librettist) would ever have imagined that Octavian could “pass,” a concept that they would have found bizarre.

Instead, I believe they were seeking a playful ambiguity and androgynously sexy quality that would be both visual (the first image we see in the opera is the Marschallin and Octavian in bed, making love) and aural (the blend of three female voices in the lead roles is distinctive, and nowhere better heard than in the opera’s glorious final trio).

Take a look at the gallery below.  Even the slimmest of these Octavians doesn’t look remotely like a boy.  Indeed several of them – Maria Jeritza especially – were singers  celebrated for their very womanly beauty.

In this context, Erraught looks just fine. In fact, the puppyish plumpness that several critics decried, I find rather cute.  You’ll note also that this entire production – a rethinking that has an Alice in Wonderland, pop-up book look — cultivates a kind of visual cartoonishness. (Click here to see some of the Act I finale in this production.)

But that’s not the only lapse in judgment I’m finding in the reviews.  I’m equally surprised by what seems a collective general agreement that, in vocal terms, Erraught is an excellent Octavian.  Andrew Clements in the Guardian, after calling her “stocky,” described her as “hugely promising.” Andrew Clark in the Financial Times says that her performance is “gloriously sung.”  Even Christiansen praises Erraught’s singing “with vibrant assurance.”

What I hear from Erraught is a voice somewhere between soprano and mezzo, but lacking the gleam we associate with the former, and the plush coloring we want in the latter.  It’s true that Octavian is a Zwischenfach role, one that has been sung with distinction by both voice types.  But the great Octavians have a distinctively individual timbre that I don’t find here.

Some of this may yet come – Erraught is still in her 20s – but that brings up another issue.  There is a worrying amount of vibrato for someone so young, and to me, it compromises the performance.  It’s a voice that suggests someone much older.  In fact, when I was turned away from the screen, I thought for a moment I was listening to the Annina or Marianne, two of the opera’s character parts.

Were the critics so busy watching with disapproval that they failed to listen?  I hope you’ll judge for yourselves.  To me, it seems like they need more than an eye exam. It’s also time for hearing test. 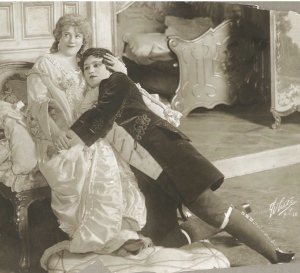 Margarete Ober, the Met’s first Octavian, with Frieda Hempel as the Marschallin 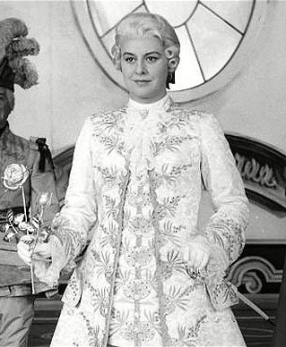 Sena Jurinac, one of the greatest Octavians of the 1950s and ’60s. Another was… 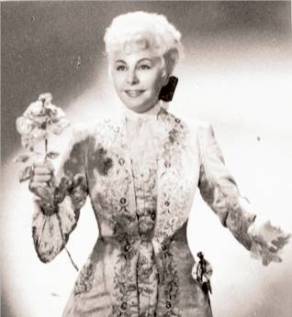 … Christa Ludwig. (In later years, both Ludwig and Jurinac also sang the Marschallin)

Tatiana Troyanos, a reigning Octavian of the 1970s and ’80s 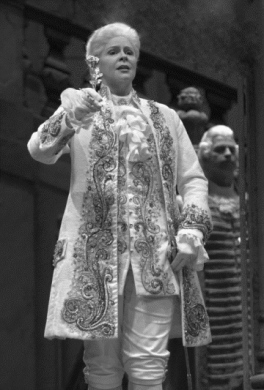 Susan Graham, highly praised in the role in recent years