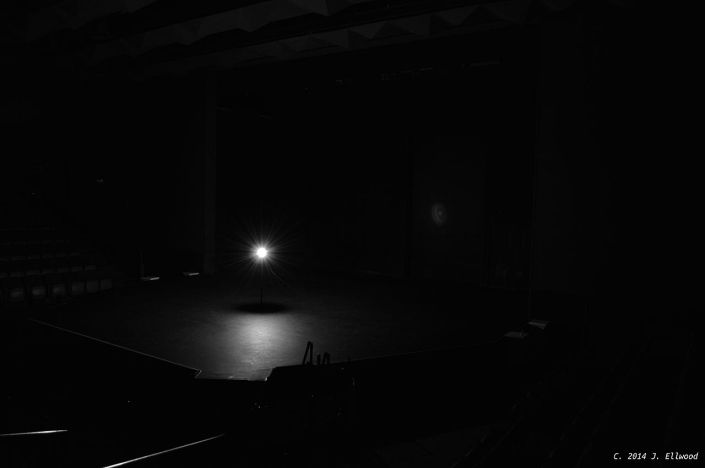 The performing arts are ephemeral by nature — they live and die in a small room where a collection of friends and strangers share a communal experience. As the threat and spread of COVID-19 widens, our institutions are faced with difficult decisions about how best to serve their missions while also acting responsibly, with the best interests of the overall community at heart. In an unprecedented move, all Broadway performances have been cancelled through April 12. The Metropolitan Opera, Lincoln Center and Carnegie Hall have suspended activities through March 31. A number of Off-Broadway theater companies — Playwrights Horizons, Signature, LCT3 and Second Stage, among others — announced the immediate closures of several currently running shows.

Closer to home in the Philadelphia region, we are starting to see local companies making similarly difficult decisions. We ask that you support them, if you can, in their time of need.

A list of cancellations and postponements is below. We will continue to update as new information is received:

Opera Philadelphia has postponed its production of Madama Butterfly, originally scheduled to run April 24 through May 3, to Spring 2022.

McCarter Theatre Center has cancelled all public performances through June 30. Managing Director Mike Rosenberg says in a press release: “We do not take this decision lightly and think it is in the best interest of the many different communities and constituencies that we serve. We ask that you consider making a donation to McCarter to help ensure that we are ready to re-open our doors when the time comes and welcome everyone back for the magic and fellowship of live performance.”

11th Hour Theatre Company has indefinitely postponed its upcoming production of Hedwig and the Angry Inch. “We will be in touch ASAP about the future of this production,” according to an announcement posted on the company’s website.

Philadelphia Chamber Music Society has canceled the remainder of its 2019-2020 season. “This is a dire period for musicians, particularly for those who are paid only when they perform,” the company wrote in an email. “Therefore, we are preparing to provide compensation to musicians whose performances have been cancelled and are most in need.”

Theatre Horizon has postponed the remainder of its 2019-2020 season, which included Galilee: A Staged Reading (April 17-19) and Athena (May 9-31). “We are committed to sharing those stories with you and are urgently making plans to do so,” the company said in an email. “We have also committed to paying a postponement fee to the artists that have been holding these dates, to mitigate this financial hardship.”

Theatre Exile has canceled its upcoming production of Orphans, which was set to run April 9 through May 3.

Curio Theatre Company has indefinitely postponed its forthcoming production of Branden Jacob-Jenkins’ Everybody. Updated dates for this production will be posted when they are announced.

Isis Productions has cancelled its run of ‘night, Mother due to the continued closure of its performance venue. The company will remount the production in March 2021.

1812 Productions has postponed the world premiere of Tyndale Place (scheduled to run April 23 through May 17) to next season.

InterAct Theatre Company has canceled its upcoming production of The Niceties, which was set to run March 27 through April 19. The company has announced that all involved artists and staff will be paid.

Quintessence Theatre Group has postponed its “Dreams & Madness Repertory” (A Midsummer Night’s Dream, Life Is a Dream and Caligula) through at least May 10, in keeping with CDC recommendations to limit social gatherings to less than 50 people. A spokeswoman told me the company hopes to resume performances once it is deemed safe.

Walnut Street Theatre has cancelled all performances of The Best Man, Popcorn Falls and Junie B. Jones.

Philadelphia Theatre Company announced the postponement of its upcoming production of The Wolves. The production was set to run April 10 through May 3. “An exact timeline for the rescheduled production isn’t yet determined,” says the company.

Lantern Theater Company has suspended performances of Othello through Sunday, March 29. The production is currently scheduled to run through April 26; a decision on the status of future performances will be made at a later date. More information here:

Azuka Theatre announced that its world premiere production of Douglas Williams’ SHIP will close after the performance on March 13. It was originally scheduled to run through March 15:

In response to Mayor Kenney’s prohibition on gatherings of 1000 people or more for the next 30 days, the Kimmel Center has postponed all performances through April 11. This decision impacts performances of the Philadelphia Orchestra, Pennsylvania Ballet and Broadway Philadelphia, among others, More information can be found on their website:

Bucks County Playhouse has indefinitely postponed the world premiere production of Other World, which was to have begun performances on March 13:

Hedgerow Theatre in Rose Valley has announced that all public performances will be cancelled “till at least the weekend after Easter.” Their production of The Gin Game, which was originally scheduled to begin performances next week, will now run April 15 through May 10. Their previously announced production of In the Next Room has been postponed indefinitely. For more information:

Theatre Horizon announced the immediate closure of The Agitators, which was set to run through March 22. The company is located in Montgomery County, a COVID-19 hotspot where Governor Tom Wolf mandated the closure of all entertainment venues. Consider making a donation or, if you had a purchased ticket, converting the price to a donation rather than receiving a refund:

Simpatico Theatre has indefinitely postponed the world premiere of Esther Choi and the Fish That Drowned, which was set to begin performances on March 25. The company will pay all artists involved in full. For information about donating, click here:

The Philadelphia Orchestra has cancelled all performances through April 11. Learn more about which performances are affected and how you can support them here:

The Academy of Vocal Arts has cancelled performances of Jubilate! A Concert of Sacred Music that were scheduled for this weekend. The BrAVA Philadelphia gala, scheduled for March 28, has also been cancelled:

People’s Light in Malvern has cancelled all remaining performances of Shakespeare in Love, which was scheduled to run through March 29. Their forthcoming production of Hold These Truths (set to run March 18-April 19) has also been cancelled. For more information, click here:

Real Immersive has postponed its production of The Marvelous Portal of Oz until further notice. More information here:

EgoPo Classic Theater has postponed their upcoming production of Sam Shepard’s Curse of the Starving Class, which was set to begin performances on March 25. More information here:

George Street Playhouse has cancelled all remaining performances of Conscience, which was set to run through March 29. Their forthcoming production of A Walk on the Moon (slated for April 21-May 17) has been shifted to the 2020-2021 season. More information here:

Two River Theater has cancelled all performances through the end of March:

This is a scary time, no doubt, but we look forward to seeing you back at the theater on the other side. In the meantime, please consider supporting the affected artists however you can.