REVIEW: Look What Happened to Mabel: Mack and Mabel at Encores (for Parterre Box) 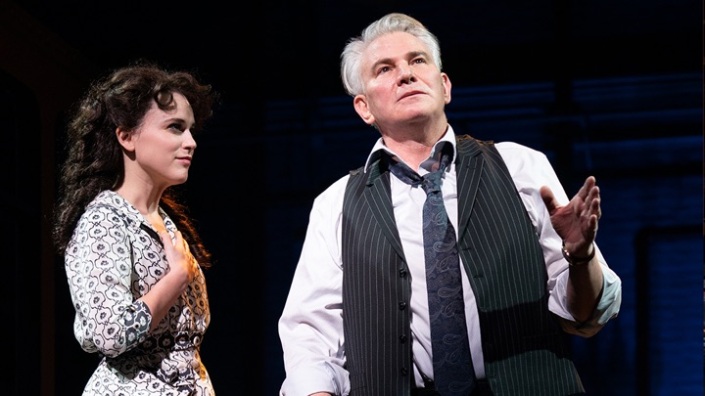 Alexandra Socha and Douglas Sills in Mack and Mabel at Encores!

In 50-plus years of theatergoing, I’ve made a few dumb mistakes—none bigger than not going to Mack and Mabel in July 1974, when it was then in a pre-Broadway tryout at the Dorothy Chandler Pavilion in Los Angeles.

Looking back, I have no idea how I let that happen. I’d attended the national tour of Mame several years before, which, at age 11, turned me into an ardent Jerry Herman fan. (Secretly, I hoped someone would discover and cast me as young Patrick, transporting me out of dreary Van Nuys, California and into glamorous Manhattan. “Long pants at last!”)

I was also a big  fan of the three star performers in Mack and Mabel: Robert Preston, Bernadette Peters and Lisa Kirk, all of whom I knew mostly from recordings. I even recall a night when several high school friends invited me to go with them, since cheap student tickets were easy to score. “No thanks,” said I…