Even Her Agony Was a Kind of Joy: Looking at The Letter with Bette Davis (for Parterre Box) 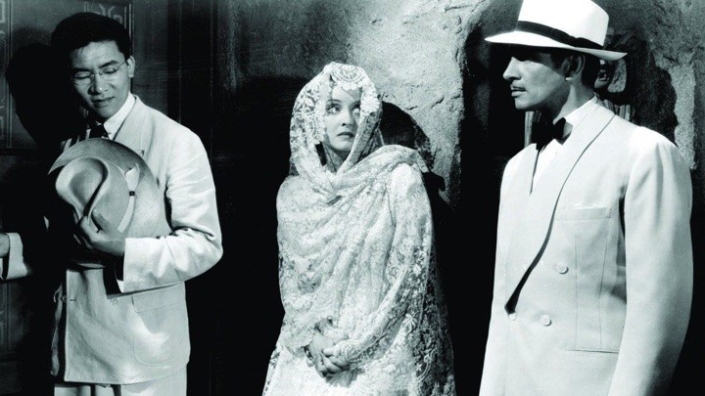 David Fox: Cameron, I think we would agree that what initially led us to W. Somerset Maugham’s torrid potboiler, The Letter, is its existence on film as a vehicle for three exceptional—and very different—actresses: Jeanne Eagels, Siobhan McKenna… and of course, Bette Davis, in what for many is a defining performance in her movie career. Indeed, there’s a lot to say about all of them! But for me, what’s equally striking is the piece itself. When I first saw the 1940 William Wyler movie, I was struck mostly by its visual seductiveness. But now I understand how complicated the work itself is. Really, it’s a weird triangle of genres. The Letter—originally written as a short story, then adapted for the stage, screen, and even early television—is, at one corner, a proto-Film Noir of crime and retribution. At another, it’s a classic melodrama of an unhappily married woman’s unquenchable desire. But in our current world, the most striking element to me now is the depiction of white privilege—specifically British—in an alien world—Singapore, here—they don’t understand or belong in. All three of these films, and their stars, make intriguingly different points.

Cameron Kelsall: Indeed, it’s a complicated and multifaceted story, one that is told distinctively in each of its major adaptations. A viewer with an interest in film history can also chart the evolutions—both positive and negative—of the industry by watching each in quick succession. Although just ten years separate the 1929 version, the first full-length talkie produced at the legendary Astoria studios, and the more familiar Wyler-Davis collaboration, a world of change happened—most notably the implementation of the Hays code, which imposed a set of quasi-catholic standards on movie morality. Some of the more frank elements that director Jean de Limur highlights in his treatment, as well as its fairly forthright handling of racial (and racist) tropes, are muted by Wyler. The 1956 television adaptation featuring McKenna—an entry into the Producers’ Showcase series, when live theatrical productions were the growing rage in the early days of the medium—falls somewhere in the middle, awkwardly applying the rather gruff aesthetics of teleplays to melodrama. Although each version is entertaining—sometimes supremely so—thinking about them is often more stimulating…