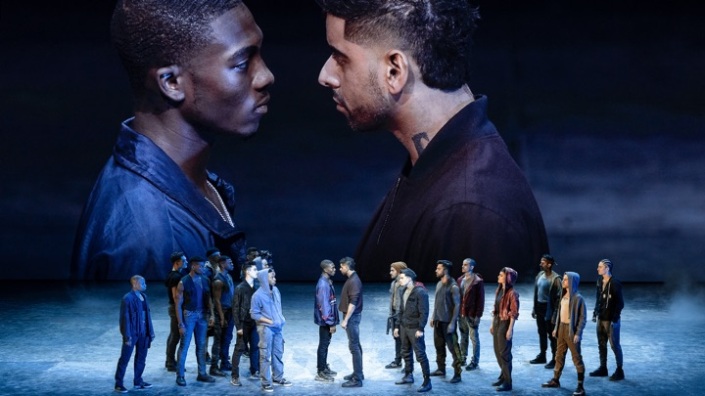 West Side Story on Broadway. (Photo by Jan Versweyveld)

Cameron Kelsall: Once again, David, we find ourselves in the odd position of writing about a show that’s been indefinitely put on ice. This time last month, Ivo van Hove’s transgressive, radically reimagined revival of West Side Story was the talk of Broadway. Today, the only talk of Broadway is when there will be a Broadway again. We happened to catch the final performance of WSS before the COVID-19 suspension began, and even though we can’t currently send anyone to see it, I’m sure we definitely have some thoughts about the production itself.

David Fox: It’s almost surreal that it was exactly one week ago we saw this—the whole event now feels like a kind of did-it-really-happen? dream to me. Much of that, of course, is due to the fact that the world is quite literally a different place today. But some, I think, is also inherent in van Hove’s deliberately destabilizing staging, which—with its already infamous cuts and imposition of video—has a breathless sense of momentum and inevitability.

Time to stop being coy, I think. You and I had quite different takeaways on the show, didn’t we?…