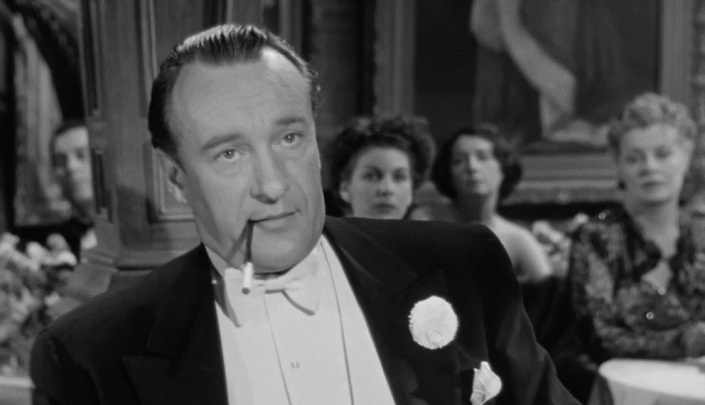 We get letters! Actually, most of the time, we don’t—but critics themselves do get criticized, usually through comments on a website, or more generally via op-ed pieces. And that’s entirely fair—though the “power” we actually wield is pretty small, those who write their opinions should expect to hear the opinions of others. If you can’t take the heat, get out of the kitchen. Nevertheless, often the complaints we hear are predicated on some rather strange assumptions about the job itself. Below, David and Cameron take on a few myths about the world of arts criticism.

Critics take pleasure in panning a show.
DF: None I’ve ever met, and it’s not that we’re altruists. If you went to the theater as often as even a part-time critic, you’d know how ludicrous that is. We live for a good show—in fact, it’s what makes it all worthwhile. I will concede one point: it’s often easier to write a funny review of a bad show than a good one. But it’s small compensation. Trust me.

CK: I average somewhere in the neighborhood of 250 shows a year. That means anywhere from four to seven nights a week, I leave my comfortable home—where I have a full bar, a plush sofa, and a big television—and squeeze myself into an uncomfortable seat that clearly wasn’t designed with my 6’2” frame in mind for anywhere from ninety minutes to four hours. I do it in the sizzling summer heat (when reliable air conditioning isn’t always a guarantee) and in the Polar Vortex (when I risk frostbite just waiting for the subway). I’ve even been known to do it twice… or more… in a single day. How crazy would I have to be if I was wishing to not enjoy myself?

DF: I worry that we sound like we’re whining. That’s not how I feel. I love the theater, which is also the closest thing to a religion that I have. And though I work hard at my job as a critic and I take it very seriously, I still have that sense of almost childlike exhilaration and awe when I walk into a theater. Not long ago, I was sitting in Philly’s gorgeous Academy of Music, and realized I’d been there many times in recent months. I took a deep breath and looked around. How lucky am I that I get to do this? OK, the show was Anastasia, so there’s that. But still…

CK: I know that feeling well. And even when I’m grousing on my way to a show about how I’d rather be home in my pajamas, that sourness usually goes away the moment I’m in my seat. The other thing many people likely don’t realize is that when you’re a professional critic, seeing multiple shows a week and usually on the edge of burnout, nothing recharges you quite like seeing a show that entertains, delights, and/or moves you. It’s invigorating—and even more so because you have a platform to tell people they should seek it out too. I love hearing from people who tell me a show wasn’t on their radar, but they sought it out before reading my review. It’s especially gratifying if it’s a smaller show or company, where every review really counts. So if you think that critics relish a pan, try again. I wish I could deliver a rave any time I sit down to write.

Critics should only review works they love.
CK: Doctors should only treat diseases they love. Doesn’t that sound ridiculous? Being a critic is a job, and as with any kind of work, you don’t always get to choose your optimal assignment. That doesn’t mean you can’t complete the task at hand in a professional manner. It also neglects the idea that a new interpretation can fundamentally change a critic’s view of a particular piece—and on the other side of the coin, it ignores the fact that liking a particular play or piece of music is no guarantee of quality. Ask me about all the woeful productions of The Glass Menagerie I’ve seen and we’ll be here all day.

DF: Yes to all of that, and I’ll take the even more controversial side: maybe as critics, we have an obligation to review material we think is bad—especially in the offensive sense—in order to warn audiences who might stumble onto it unaware. Oleanna, David Mamet’s truly dire play that, among other things, ends up with an older man striking his young female students and calling her “a cunt,” needs more than a trigger warning in the program—by that time, it’s too late. Not long ago, an annoyed audience member wrote to me that I should have absented myself from reviewing Oliver! because I don’t like the show. Really? I should not point out that the music is mostly dreck, but far worse is the portrayal of a female character who defends her serial abuser? I should let audiences have the pleasure of discovering all this for themselves—after having paid for it in advance?

Critics shouldn’t make jokes at the expense of a work.
DF: This one’s a particularly slippery slope, I think, and very much open to interpretation. A work that one person thinks is worthy of mockery is another’s sacred cow. I’m neither a comedian nor a rancher—but still less a priest or handmaiden. Anyway, in my belief system, puncturing the pretentious and pompous is God’s work. Critics should never consider a play or production untouchable. Yet I’ve seen responses to my writing and other critics that presumed we are expected to approach what we see with deadly earnestness—and that in the event we dislike something (heaven forefend!), we’re obligated to write about it with palpable regret and no snark. Why? Reviews should themselves be entertaining. Again, it’s the we-write-for-audiences-and-not-for-theaters point, which can’t be made often enough (so I’m repeating it).

CK: I recall a fair amount of agita, particularly among the creative community, when New York Times’ theater critics Jesse Green and Ben Brantley filed a gleefully piquant joint review of King Kong. (There was an especially heated back-and-forth between the composer Jason Robert Brown and the critic and editor Jason Zinoman.) Apparently, Brantley and Green hadn’t been suitably respectful toward the $30 million behemoth starring an animatronic puppet. To borrow a phrase, so much of the commotion seemed like virtue signaling—look at how mean they are! I would never! But as a reader, and as someone who saw King Kong, I have to say I had more fun reading the review than sitting through the show. And you can hardly call it punching down.

DF: Hardly. Cameron, I have the sense there’s quite a bit more to say. May I suggest we stop here, and pick this topic up again at a later date?