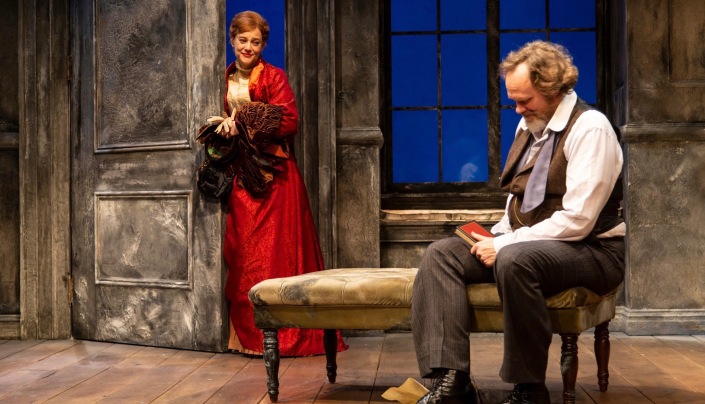 Nobody thinks of Henrik Ibsen as the Nordic Neil Simon. I’ll bet we can all agree on that. Yet playwright Lucas Hnath, whose cheeky A Doll’s House, Part 2 revisits one of Western drama’s greatest unresolved stories, reimagines it as a comedy.

But what kind of comedy? That is the question. And two current productions, playing in reasonable proximity, come up with strikingly different answers.

There is surely something humorous about the very idea of Nora returning home, 15 years after she walked out on husband, family, and a comfortable life with the promise of upward mobility. Nora was so earnest and committed in her quest for something more meaningful. How embarrassing that she now must come back to resolve a sticky legal problem that could abruptly undo all her hard work and new-found success.

To Hnath’s credit, Nora’s return is anything but hat in hand. The woman we encounter in A Doll’s House, Part 2 is successful, proud, and unrepentant. As you might imagine, she isn’t greeted with hosannas. Those whom she left behind find various ways to signal their resentment. Former nanny Anne Marie is the most obviously critical, clucking and wagging her finger at Nora. Husband Torvald nearly shuts down with petulant hurt. Daughter Emmy, now a soon-to-be-married young adult, is a study in smiling passive aggression.

At the Arden, these characteristics are played for comic virtuosity, with the kind of performances that feel calibrated for entrance and exit applause. It’s an often enjoyable production (see my full review here), but as the show wore on, I felt the play itself lost momentum. When (spoiler alert) Nora’s business is settled and she leaves again, I concluded that A Doll’s House, Part 2—beyond a wonderful title and a terrific premise—didn’t really have much to say. 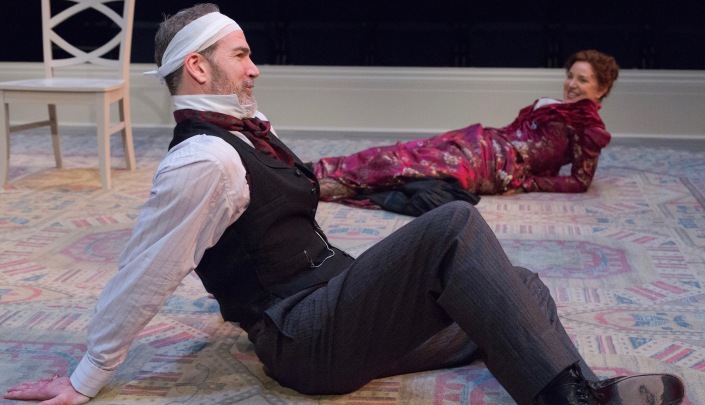 Still, I wanted to give the play a second chance. A month later, I saw it at George Street Playhouse in New Brunswick, New Jersey. I’m very glad I did.

This version, too, has its funny moments, particularly at the beginning, where director Betsy Aidem introduces the show with a comically fast pace. But we’re also aware of nuances under the surface that suggest greater dimensionality. Ann McDonough is superb as Anne Marie, milking the humor but also finding the hurt, anger, and pathos underneath. As Nora, Kellie Overbey initially seems a bit low-key—this isn’t a star-turn—but in fact that proves to be the point.

Their scene together suggests a complexity in the relationships and history that I hadn’t seen before. George Street’s visual production is a good metaphor. Here, the worn patina of the Helmer home (designed by Deb O, with lighting by Rick Fisher) is lived-in and frayed. Life has been better days.

As the show moves on under Aidem’s sure-footed direction, A Doll’s House, Part 2 deepens and grows more serious. It’s not simply a matter of tempo (the running time, just over 90 minutes, is similar for both productions), but there is a poignant sense of suspended animation. Andrew Garman (Torvald) and Lily Santiago (Emmy), less comically cranked-up than their Arden counterparts, find interesting darker colors.

Ultimately, it was the final scene at George Street that really convinced me. Previously, it seemed anticlimactic. Here, Overbey’s reflective, bittersweet performance suggests that Nora has actually learned something from her brief return.

I, too, learned something I hadn’t expected: A Doll’s House, Part 2 is a stronger, better play than it initially seemed—at least, it is with a director and actors who give the material time to breathe and sink in.