THEATER REVIEW: In Radiant Vermin, Home Improvement is a Nightmare 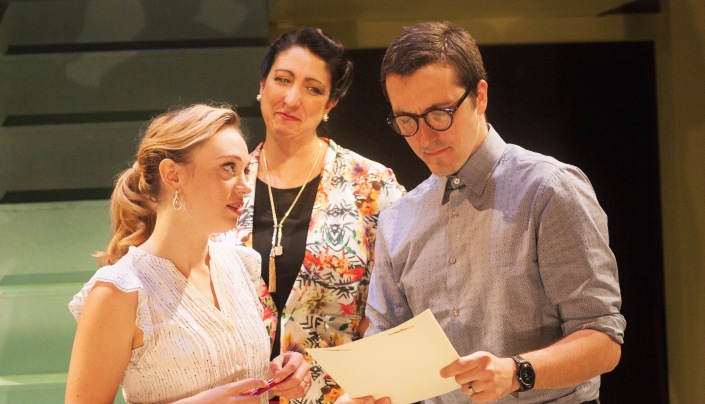 The fertile imagination of Inis Nua’s artistic director Tom Reing has taken us to many strange places and, in the process, made his theater company one of Philadelphia’s most interesting. But till now, we’ve never descended to the deepest bowels of Hell.

I mean, of course, the world of real estate.

In Radiant Vermin, we meet a charming young couple, Jill and Ollie. OK, she’s a wee bit passive aggressive, and he’s gormless. But basically, they’re good people who want what so many of us do — a lovely home in which to raise a family (Jill is pregnant).  And also like so many of us, they can’t afford it… until a fabulous opportunity drops into their laps, courtesy of Miss Dee, an aggressive real estate agent who, though she’s never met Jill and Ollie, is disconcertingly aware of every aspect of their lives.

We know instinctively it’s all too good to be true — hell, Jill and Ollie know it too, as they explain to the audience.  But how can they pass it up?  Wouldn’t we do the same thing, if it were offered to us?  No matter what the hidden costs?

This last question is the core of Radiant Vermin, which is at once a dark comedy, a horrific fable, and a cautionary tale for young marrieds aspiring to live beyond their means. It’s familiar theatrical territory — in different ways, both Sweeney Todd and Dürrenmatt’s The Visit explore it. 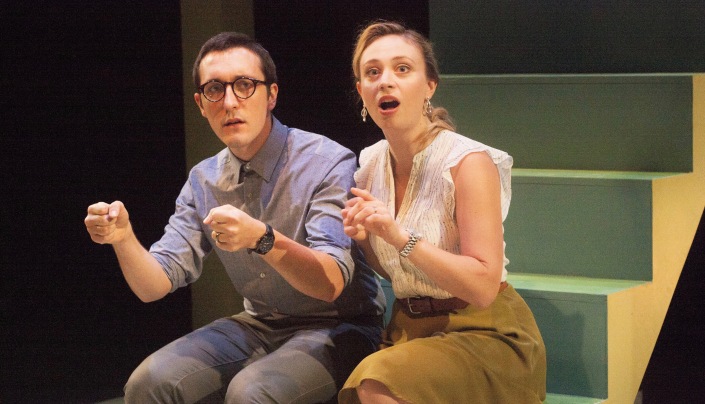 Still, there’s novelty, energy and considerable wit in Philip Ridley’s play. The actors here, Emilie Krause (Jill) and Adam Hammet (Ollie) are open and attractive, so we’re on their side from the start.  Though I had some reservations about the heightened, almost sketch comedy approach of director Claire Moyer, it pays off — and as the play goes on, we discover there’s more to it than that.

My favorite moments in Radiant Vermin are the sinister ones — especially a sequence where Jill, in a direct address to the audience, tries to win us over to her increasingly scary process of rationalizing things. (Krause is especially good here.)  There’s a surprise scene later in the play that I won’t spoil, except to say that the third actor, Eleni Delopoulos, pulls off a real tour-de-force.

Alas, I must end on a sour note.  There is enough invention in Ridley’s writing to sustain a 70- or 80-minute play. On opening night, Radiant Vermin ran nearly 40 minutes beyond that, including a gimmicky, interminable final scene.  It didn’t nullify all the good things that came earlier — but I wish I could have written this review half an hour before the show ended.