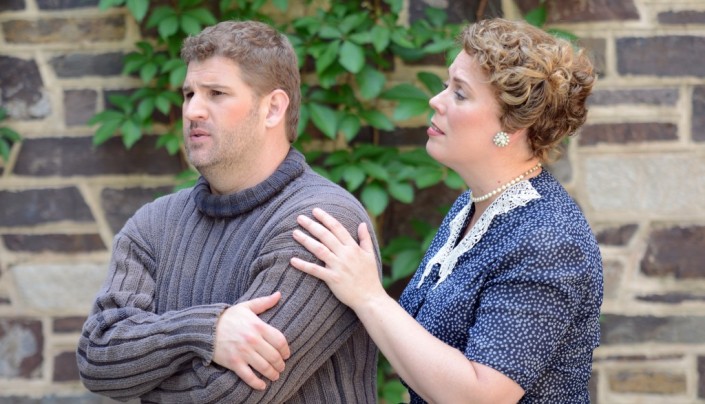 Lovers of the performing arts know that, here on the east coast, the big news is summer festivals. But for local area residents, many of the best known — Tanglewood, Glimmerglass, Caramoor — are far enough away to make it complicated.

Why not take advantage of the Princeton Festival, which can easily be done as a day trip (it’s an hour from downtown Philly by car, and there are a number of public transportation options) — or you can make a multi-day trip of it. Venues are on the Princeton campus.

Of course, the programming is what really matters. Now early in its second decade, the Princeton Festival offers a broad range, including theater, dance and music (mostly classical, but some jazz as well). Many events have complementary lectures. (A production of Sondheim’s A Little Night Music is listed as entirely sold out, but if you’re going to be there anyway, it couldn’t hurt to try.)

The centerpiece of this year’s festival is three performances (June 18, 23 and 26) of Benjamin Britten’s opera, Peter Grimes. It’s a moody, evocative and altogether magnificent work, set in the 19th century, and depicting life in a village on the English seacoast.

Princeton’s cast is unusually strong, including in the principal roles three young singers — tenor Alex Richardson, soprano Caroline Worra, and baritone Stephen Gaertner — currently forging major careers nationally and internationally (Richardson, who plays Peter Grimes, will be featured in the Metropolitan Opera’s new production of Tristan und Isolde, which opens the season in September).  The opera will be performed here in the McCarter Theatre Center’s Matthews Auditorium — an ideally sized venue (1,100 seats) for this great work.

A suggestion: if you can come on the weekend of June 25 and 26, you can combine Sunday’s performance of Peter Grimes with a Saturday late-afternoon concert of four Bach cantatas, which will be done in Princeton’s Theological Seminary. Now that’s my idea of a great summer getaway!

The Princeton Festival has performances through June 26. For more information, visit the website.