Thoughts on Bent, the Philly Fringe, and “Lost” American Plays 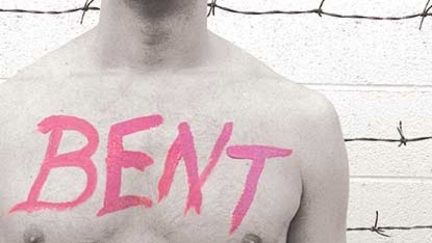 In August, when I looked over the Philly Fringe Guide, I noticed a fledgling theatre group, Truth Be Told Productions, making their Philly debut with Martin Sherman’s Bent. I’d never had an opportunity to see the play, though in 1979, it received high-profile productions in the West End and on Broadway, but I certainly knew its reputation. The subject matter – the persecution of gay men in the Third Reich – was a largely unexplored part of history (I’m embarrassed to admit I knew nothing about it until then), and a key scene – two prisoners standing apart in the work yard, making love through whispered conversation – was very much a topic of conversation in the theatre world.

So I planned to see it, and was pleasantly surprised when, days later, the company invited me to participate in a panel discussion. It took place last Sunday, and in every sense it was great experience – the director, actors and stage manager impressed me with their dedication, the audience (a capacity crowd) was deeply engaged, and the conversation was rewarding.

Of course, it’s the production that matters most. The committed acting, clean and clear direction, and bare bones staging were as powerful as I’d hoped.

This production of Bent, like many other Fringe shows, uses an unusual venue – Philly’s Power Plant on Bread Street, a concrete basement never intended to be a theatre. It could hardly have worked better – the experience was complete and immersive.

One aspect of the production, at least, is a real rarity for the Fringe – it’s an older play.  Most Fringe shows are original works. There’s nothing wrong with that, of course – it’s part of the excitement.

It also made me think how rarely audiences get to see American plays that are a few decades old. A core group of classic works, chiefly from the 1940s and early ‘50s – are frequently revived. Most seasons, we get at least a few new plays on Broadway, and more in regional theaters.

But plays of the 1960s and beyond seem caught in a no-mans-land – not old enough to be canonical, but also not contemporary, they’ve largely disappeared. It’s a great shame.

Watching Bent, I was struck that it hasn’t aged at all – it could have been written today. Yet the company reps at Truth Be Told tell me this is the first Philadelphia production in 15 years. Certainly, the very adult subject matter will keep some companies away. (It’s astounding that Bent made it to Broadway at all, really. I’m sure the presence of Richard Gere in the lead role was a big selling point. One year later, he’d become a bona fide movie superstar in American Gigolo.)

I’d like to think that this production of Bent will inspire other theaters and Fringe companies to explore more American plays.  Where are our next classics going to come from, unless we take produce the works of our recent past?

I’ll even nominate a couple of favorites myself – both of them were done in New York, but never made it to Broadway, and both deserve wider exposure everywhere. Sam Shepard’s Curse of the Starving Class, a pitch-black dysfunctional family comedy, is one of his finest works. Albert Innaurato’s The Transfiguration of Benno Blimpie is scorchingly sad and funny – tinged with absurdism, but wholly original. Although the subject matter is light years away from Bent, Benno is also a gay story that hasn’t been told before or since – and one we need to hear.

What are some American plays from the last half-century that you would like to see performed?