The Cat’s Meow (for Parterre Box) 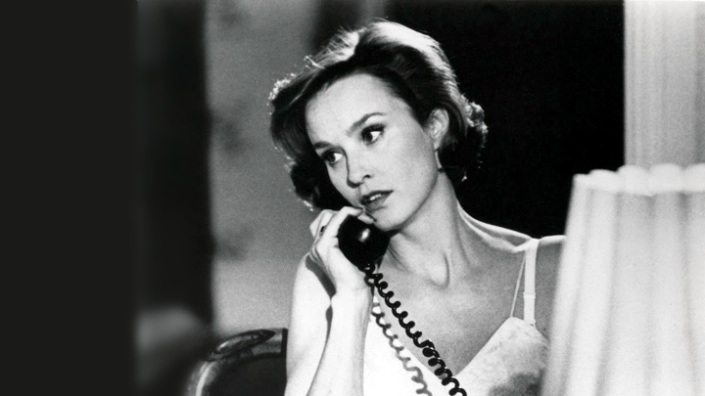 Jessica Lange as Maggie in Cat on a Hot Tin Roof.

DAVID FOX: Cameron, we began our discussion of Cat on a Hot Tin Roof on film with (you should forgive the expression, given a recurring motif in this play and Tennessee Williams’ own life) a very low bar: the highly truncated, wholly inadequate 1976 British television production, with Natalie Wood and Laurence Olivier. Certainly, by comparison, this American TV version—made in 1984, directed by Jack Hofsiss, and featuring Jessica Lange and Rip Torn, is a huge leap forward, including being both uncensored and (at least as far as I can tell) uncut. For those reasons, it really stands alone as the recommendable version—the film, which we’ll get to in another post, is magnificent in many ways, but predictably drained of the gay issues in the plot, which to my mind are the driving force of the play. But this version, which is much better than I had remembered, has other strengths beyond completeness, including a couple of stellar performances. So it’s all the more maddening that it doesn’t quite hold together as one would hope.

CAMERON KELSALL: I last watched this version just a few months ago, after reading a biography of Kim Stanley (seen here, in her final acting role ever, as Big Mama), and came away with much the same conclusion. To me, it’s indicative of a frustrating problem that cuts across many Williams adaptations—a surfeit of strong individual elements, but little sense that the piece hangs together as a unified whole. Though, I will say, this Cat seems more together than most. Unlike many of the teleplays we’ve considered so far, this one is actually directed by a Tony-winning theater director, and I’d venture that accounts for its relative success…