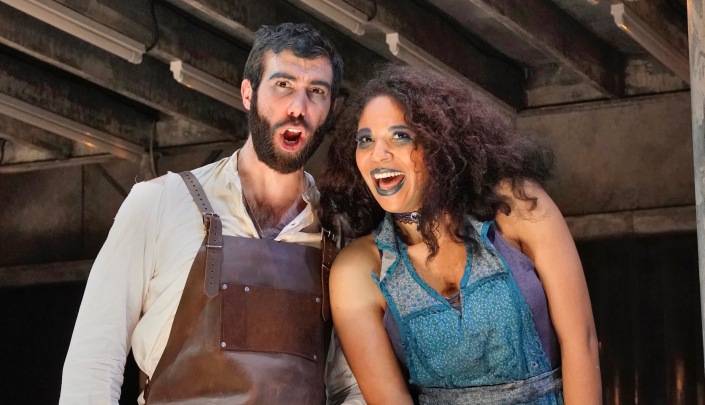 Curtis Opera continued its season using the Prince Theater as their venue. That alliance took on particular resonance here, as the company ventured Sweeney Todd. The famous first production in 1979 was, of course, directed by Harold Prince, and surely represents one of his (and composer-lyricist Stephen Sondheim’s) crowning achievements.

Prince’s spirit was visible here in some vestigial staging ideas that recalled his original, notably the baleful staring that breaks the fourth wall, a Brechtian notion beloved by the director, and one that effectively suggests Sweeney as a moral parable in which we, the audience, are implicated…

Read this review in full at Parterre Box.