Theatre in Los Angeles — An Ode to Oddball Casting 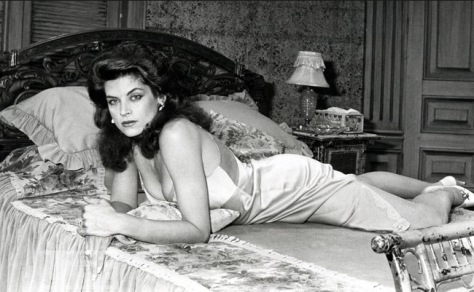 Kirstie Alley as Maggie in Cat on a Hot Tin Roof

“It’s not a theatre town.” As a kid in Los Angeles, I routinely heard this from pundits and friends. Like so many aphorisms, there’s some truth in it – but the reality is more complicated and interesting.

In my L. A. theater-going days – mostly the ‘70s and ‘80s – there were many home-grown productions, though a lot of the higher-end stuff came in the form of the then-common national touring companies. These provided my first exposure to many plays, and nearly all the big musicals.

What made L. A. different, of course, was that it was and is home to many actors. One happy result was that local productions were often much starrier than those in other American cities.

As anyone who saw Charlton Heston as James Tyrone, or Eleanor Parker as Maxine Faulk can tell you, this wasn’t always a good thing. (I did, and I can.) But it was always fun, and my friends and I took special pleasure (well, pleasure liberally mixed with schadenfreude) in making sure we attended every event we could that featured movie and TV stars who were determined to prove themselves serious stage actors.

For us, the more peculiar the casting, the better. Chekhov fan and curiosity collector that I am, I can say with pride that I’ve seen Meg Foster as Olga, Kim Cattrall as Masha, and Phoebe Cates as Irina (alas, not all in the same Three Sisters production).

To be fair, sometimes things turned out better than we expected. Jean Stapleton was lovely in Time of the Cuckoo. (Of course, she’d had a significant stage career before All in the Family made her famous.) Burt Lancaster was charismatic (and obviously having the time of his life) in Knickerbocker Holiday. Then-unknown John Goodman was a terrific if offbeat Enobarbus.

So let me celebrate the 4th of July by sharing two particular, treasured memories of L. A. theatre-going. I doubt they could have happened anywhere else – and I’m thrilled that I Was There.

Unsurprisingly, this was more effective in parts than as the ensemble piece Cat really needs to be. (In my experience, Williams and Chekhov productions most often flounder because they don’t capture a sense of collective identity.) Still, the individual pieces were fascinating. Hingle was predictably excellent as Big Daddy, and Ghostley – funny and touching – at least his equal. I can’t remember much about Peter Jurasik (sorry), but McCormack was delightfully bitchy. James Morrison? – I think he was fine, but my most vivid impression is that he was so sexy in his silk pajama bottoms that I had erotic dreams about him for weeks after.

Kirstie Alley’s career obviously went in a very different direction (Cheers and Fat Actress were years ahead). She was entirely new to me, and I thought she was a highly satisfying and often terrific Maggie – feisty, funny, and absolutely stunning to look at. 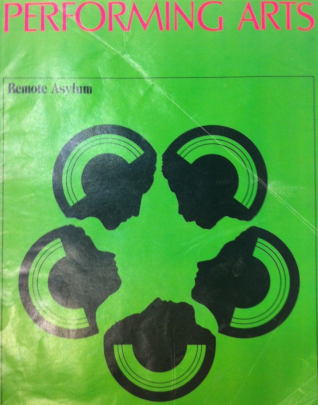 Program for Mart Crowley’s Remote Asylum at the Ahmanson Theatre

Remote Asylum
Mart Crowley’s second play following Boys in the Band got its premiere production in Los Angeles in 1970, and was by pretty much all accounts (including Crowley’s) a huge failure. Though it’s been published, I can find no information about subsequent productions.

Honestly, I don’t remember it clearly (I was 14 at the time). But I do recall that the the ghost of Tennessee Williams seemed to be wafting overhead – Asylum was sort of an assembled party of characters that channeled Williams’s, including a the Sweet Bird of Youth-like coupling of an aging actress and her handsome lover, as well a rich older woman (shades of Flora Goforth from The Milk Train Doesn’t Stop Here Anymore) and her husband. Presiding over all of this is… Michael, the character Crowley first introduced in Boys in the Band.

Remote Asylum didn’t hang together, and the plot confused me. (From the looks of the program art above, it confused the graphic designer, too. Are those rainbows stuck in the five silhoutted heads? Pipes?)

But it was fun. I can still picture Ming Cho Lee’s run-down poolside set. More than anything, I remember the actors. Nancy Kelly and Arthur O’Connell were the older pair, and I’m so glad to have seen these two veterans in action.

I was even more thrilled by the younger pair – Anne (Honey West) Francis, and William Shatner!

Even at the time, I realized they were miscast. Francis, meant to be older and a bit desperate, looked younger (gorgeous, in fact); Shatner, even then, was no boy toy, and needed to suck in his gut. It didn’t matter. They were big TV stars… and to me, epitomized glamour.

There you have it – two memorable nights from a youth spent in dark theatres. Thanks for letting me share them.

P. S. – While writing this, I realized something I never thought of before – I’ve seen both of The Bad Seed’s extraordinary leading actresses (Nancy Kelly and Patty McCormack) on the stage!

It’s official – I can die happy.