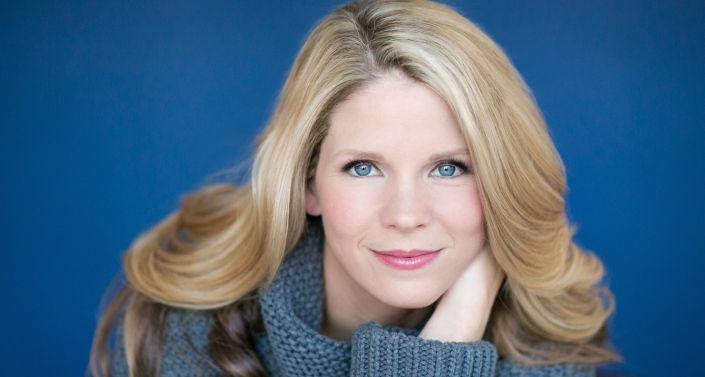 I wish I could say I’ve seen every one of Kelli O’Hara’s Broadway roles, but I’ve done pretty well — five out of ten, including very memorably Nellie Forbush in South Pacific, Babe in Pajama Game, and Clara in Light in the Piazza. I also saw her as Ella in Bells are Ringing at Encores in New York.

From this list, you will have deduced (if you didn’t know already) that O’Hara is a musical theater star. This is certainly true — her blue-chip soprano is one of the most beautiful voices around, and in fact, O’Hara’s early training was in opera, and she was a Met competition winner.

But her voice is only part of the story. For me, her greatest distinction lies in her ability to find the emotional underpinnings of a character with unerring, luminous honesty. This can be quite a revelation — maybe most of all in Pajama Game, where in the quiet conversational scenes with co-star Harry Connick, Jr., O’Hara made me think I was watching a play by Inge or even Tennessee Williams. By all accounts, her Tony winning performance as Anna in The King and I was as notable for her acting as her singing. (O’Hara’s non-musical roles include Regan in King Lear at the New York Public Theatre.)

On Tuesday, June 14, O’Hara will appear at the Merriam Theater in an evening with funnyman and unofficial Mayor of Broadway, Seth Rudetsky. In some ways, they’re a union of opposites – the Oklahoma-born O’Hara exudes Midwestern sincerity, while Rudetsky is famous for his sly, motor-mouthed insider-ness. But Rudetsky has major musical chops as both composer and pianist – so the evening, promising “comedy and song,” ought to deliver on both fronts.

In a phone conversation, we start there.

Tell me about working with Seth Rudetsky.
We make an interesting pair – he’ll bring the levity, but he makes me want to be funny. I feel more relaxed with him. We’ve known each other forever, more than 15 years – we walk our dogs together. So I’m excited to see this evening take shape, especially since we don’t do this all the time. We’ll be two artists improvising off each other.

What will we hear you do… or should it be a surprise?
Yes, let’s keep it a surprise. I sent Seth my music, and I let him pick. We’ll perform songs and talk about them. His choices are really fun. One piece we always do is “They Don’t Let You in the Opera (If You’re a Country Star).” But on the other end of the spectrum, he’s worked on the music for Light in the Piazza.

Speaking of opera, you started there. Did you make a conscious decision to move to musical theater?
Very much a conscious choice. As a kid, I sang whatever someone gave me to do — country, church music — but my voice was always naturally high; I wasn’t a rock singer or belter. My college voice teacher, Florence Birdwell, heard that quality, and trained me, and everything fell into place. I fell in love with opera — but I also knew I wanted to be an actor who sings. After my Met competition, I had a choice to make, and she helped me. She said, “You have to follow your heart.” So I moved to New York — I knew I wanted to do that — and began studying at the Lee Strasberg Institute.

Do you adjust your vocal technique for musical theater?
I’ve always thought you sing with one voice, but while keeping your core technique, you do change the style. I think I’ve adjusted my voice each time I do a new role — and I welcome that, I love it. I’ll always try to use my voice in different ways. I think if I had to sing in only one way, I’d be done.

Do you have dream roles for the future?
When I was in college, I sang the Queen of the Night, which was very high — it was a dream role at the time, and used everything I had. For the future? You know, I’m really looking to be surprised. When I did Bridges of Madison County, Jason Robert Brown — whom I’ve always admired — wrote for me in a way that really presented me with some of the most thrilling material I’ve had. That was a wonderful surprise — I’m hoping for that kind of surprise again.

Kelli O’Hara and Seth Rudetsky will appear on Tuesday, June 14 at the Merriam Theatre as part of the Kimmel Center’s Broadway Concert series. For more information, visit the website.