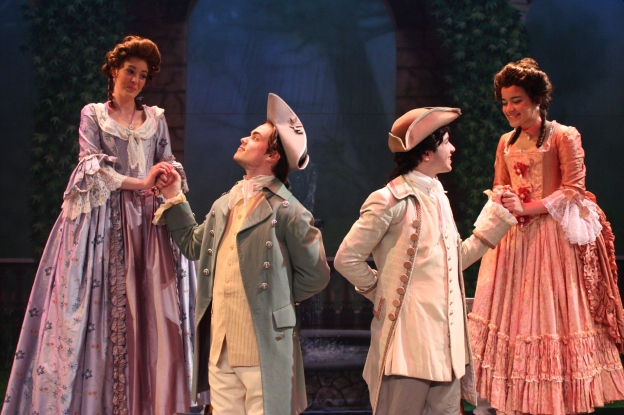 I saw this delightful production of Henry Purcell’s weird and wonderful The Fairy Queen at Rutgers Camden this afternoon, and enjoyed it so much I blogged about it for City Paper.  If you’re around this weekend and have any interest in Shakespeare, or early opera, or just oddball theatrical hybrids, I recommend it!

In the 400-plus years since its first performance, Shakespeare’s A Midsummer Night’s Dream has been a frequent source of artistic reinvention – operas, plays, ballets, films and more have been fashioned from it.  One of the most intriguing adaptations is Henry Purcell’s The Fairy Queen, a peculiar hybrid – part truncated version of Shakespeare’s play, part opera/ballet/masque entertainment.

Due to its size, scope, and general oddness, Fairy Queen is rarely done.  But this weekend, the Rutgers-Camden Theater and Music programs join forces for three performances (Friday and Saturday at 7:30pm, Sunday at 2pm).   At the helm are two Rutgers professors who also have notable professional careers – director Kenneth Elliott, and music director, the renowned soprano, Julianne Baird. 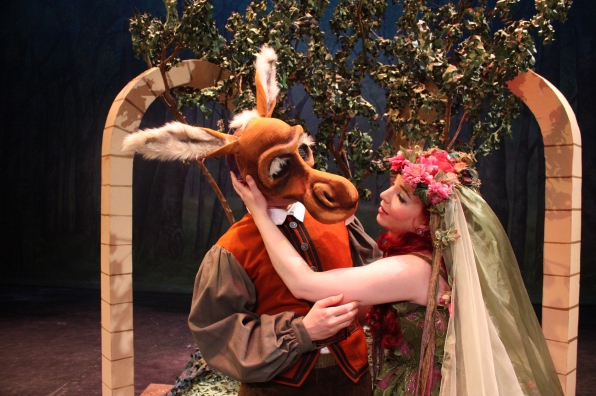 I saw the show on Thursday, and promise that you’ll be astonished at the scale and sumptuousness of the event (the wigs alone are worth the price of admission!).  An appropriately youthful cast is especially good in the more raucous comic moments of Shakespeare’s play (the Pyramus and Thisbe sequence pretty much never fails, but here it’s especially charming), and the musical interludes are ravishing – Purcell’s score is not merely a song here and there, but a fully-formed work of its own.  (By the way, if you go, pay special attention to the top line of the chorus – it’s unmistakably the beautiful voice of Baird herself.)
If you worry that it will all be too long and unwieldy, I can happily report that Fairy Queen is around two and a half hours that goes by much faster. That’s not just my opinion – at the matinee, a theater-full of visiting high school kids were rapt in admiration. (Why can’t Broadway audiences be this well-behaved?)